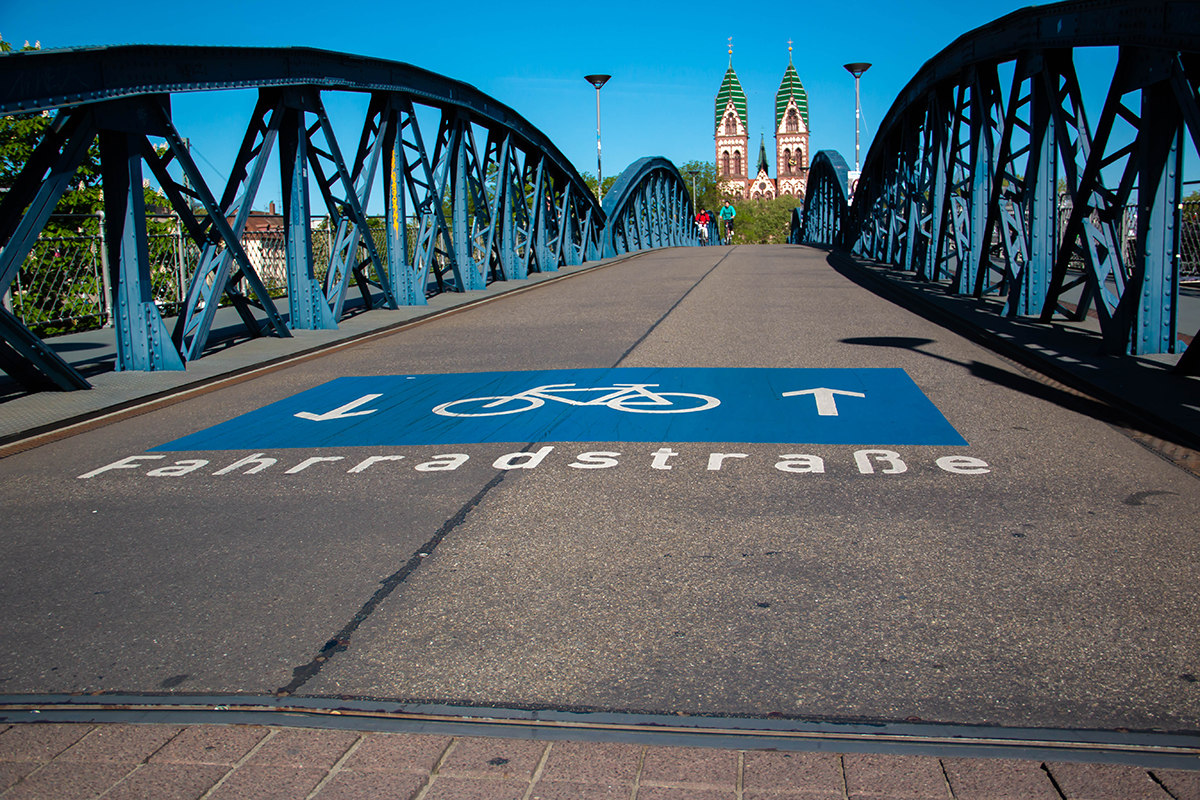 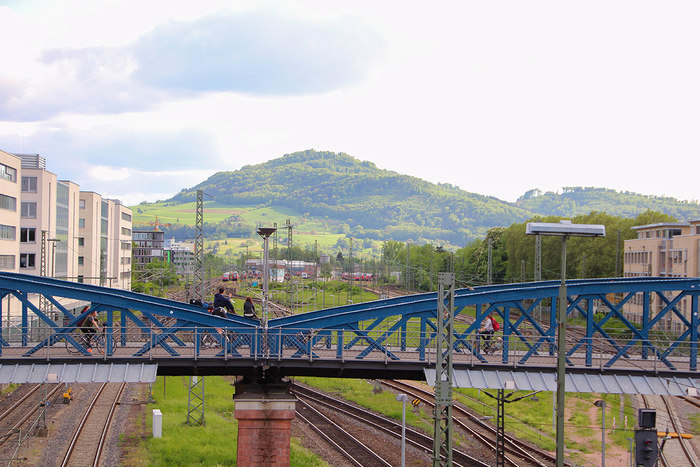 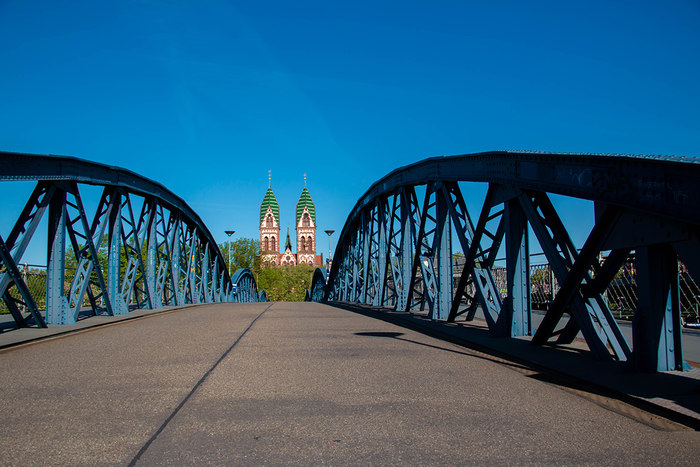 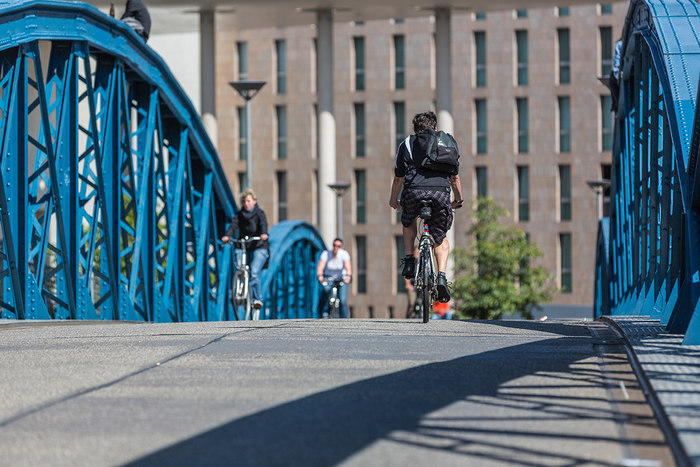 Since the link between the Stühlinger district and the old town was closed to cars in 1980, the Wiwilíbrücke (Wiwilí Bridge) has become a popular meeting place and is one of the most important connections from western Freiburg to the city center for pedestrians and cyclists. An average of nearly 8,000 people cycle across the iron lattice bridge, built in the late 19th century, each day. It’s one of the last remaining bridges of its kind in Germany, and stands out in particular for its elegantly curved arches and blue color.

Anyone who wants to experience many young Freiburgers’ favorite place should grab a bike, e.g. at the Radstation (bike station), ride from the station towards the Jazzhaus (Jazz house), and make a short stop on the bridge. Enjoy the view of the towers of the Sacred Heart Church and the Schönberg. The Christmas lights are also especially beautiful, when thousands of lights bathe the Wiwilíbrücke (Wiwilí Bridge) in warm light.

Insider info: After its completion in 1886, the bridge was inaugurated in honor of the then-head of state under the name Kaiser Wilhelm Bridge. However, its characteristic coat of paint gave it the more common name Blue Bridge, by which it is still known today. In 2003, the Wiwilíbrücke (Wiwilí Bridge) was named after Freiburg’s sister city in Nicaragua.