Erasmus von Rotterdam was probably the Whale House’s best-known inhabitant. The world-famous scholar lived here between 1529 and 1531, after fleeing the Reformation in Basel, Switzerland. 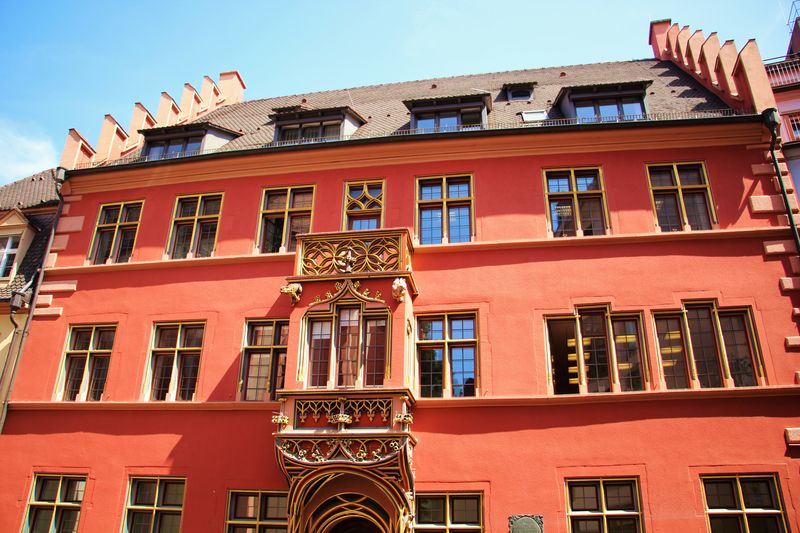 But he did not find much to praise about either the house or Freiburg. Just over a half a millennium ago, von Rotterdam wrote about the Freiburg Bächle: “An artificially channeled stream runs through all the streets of this city. It carries the bloody juices from the slaughterhouses and butchers, the smelly refuse of every kitchen, the filth of all houses... This water is used to wash linens, wine glasses, even cooking pots.”

Did he not take to the city because he did not like Baden cuisine, or did Freiburg’s pleasantly warm climate not suit him? The fact is that the theologian and church critic’s roommates bothered him, and he thought the rent was disproportionately high. After constant quarrels, his lease was terminated in 1531.

It is hard to imagine how von Rotterdam could not have felt comfortable in the Whale House. With its wonderfully decorated portal bay window, finials and gargoyles, the splendid building is chock-full of stunning elements from the late Gothic style. The elaborately detailed building was erected by Jakob Villinger von Schönenberg, the Grand Treasurer of the Roman Emperor.

Today, the Sparkasse Bank has the honor of operating its most splendid branch in the Whale House.

Here’s a Freiburg riddle: On the rear side of this bank building on Gauchstrasse, you will find a small monkey biting into a sour apple, a reference to a German expression that means 'swallowing a bitter pill'. Find out what the monkey is trying to warn about.