Darkness and the laughter of fools – the history of the Basler Hof is a very lively and moving one. At the end of the 15th century, numerous patrician houses had to be demolished to make room for the prestigious secular building commissioned as a townhouse by court chancellor Konrad Stürzel on behalf of the Austrian emperor Maximilian I. 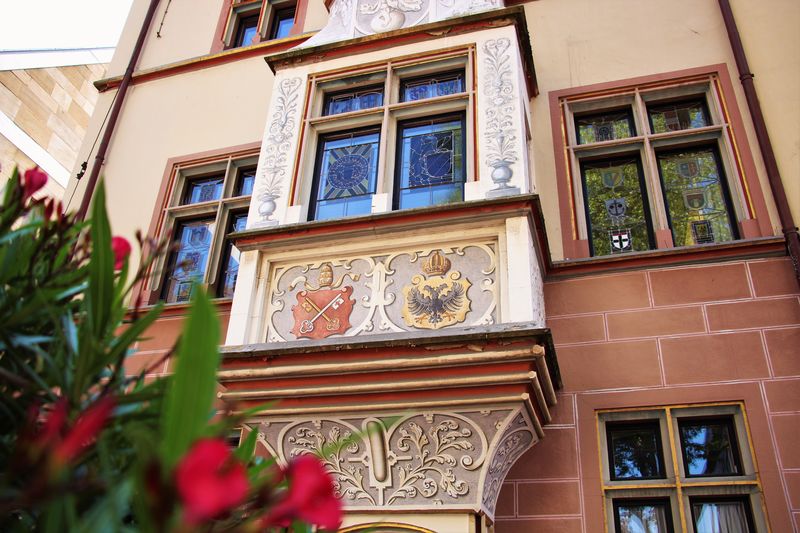 The building’s ownership changed hands frequently over the following centuries. From 1587, for example, it served as the residence and administrative offices of the Basel Cathedral Chapter, which had already been forced to leave nearby Basel, Switzerland in 1529 in the wake of the Reformation. The Basler Hof in Freiburg owes its name to this occupant.

Just 100 years later, French troops quartered in the stately edifice while transforming Freiburg into an immense fortress under Vauban’s direction. In 1687, King Louis XIV spent a night in the Basler Hof during a flying visit to inspect his conquered territories.

The medieval building’s dark and little-known side dates back to the Second World War when, from 1933 to 1941, the Gestapo used the basement to abuse and torture objectors to the Nazi regime. However, there are hardly any written accounts of the atrocities, as the Basler Hof was completely destroyed during the bombing attack of November 27, 1944.

The Basler Hof was reconstructed in accordance with its original architecture, including the Renaissance entrance, and has been the seat of the Freiburg District President since 1952. Meanwhile, things have calmed down, except once a year, when Freiburg’s carnival strikes and the fools and revelers of Fasnet come out to supply plenty of loud and jovial laughter.